Look for the Good, Coach to the Strengths

After reading The Long Tail and Killing Sacred Cows, and after sitting down with Beth from Four Winds Coaching yesterday, a core truth stood out to me.

As with all great books, ideas and coaches, they speak about the profound and basic truths.  As a society, we have a tendency to ignore the simple in favor of the more dramatic.  This is partly because we all secretly love drama, but mostly because we are afraid to embrace the simplest truths.  Accepting something as true, you see, means we have to stop ignoring it and start living it.  We have to own it.

That kind of responsibility scares us.

We spend more time trying to improve poor performance, than we do trying to exploit those areas that we truly excel at.  Let’s use a report card example.  If your child brought home a report card with an A, two B’s and a D, what would you spend the next ten minutes talking about? (Hint: D). Why? Because D’s are “bad” or below “average” (whatever average is).  And how much time would you spend talking about the “A”?

So instead taking the opportunity to praise and lift up, most of us would tend to focus on the negative and talk about “how are we going to help you get that D to a B?”  And most of us don’t realize that by trying to “help” our child, what we’re actually doing to sending the message that they aren’t “good enough.”  (Hint: WRONG MESSAGE)

We missed the opportunity to find out what really makes our child tick and where their true talents lie.

In Killing Sacred Cows, Gunderson describes the “Consumer Condition” vs. the “Producer Paradigm”.  He argues that our personal success, as well as our success as a species, is largely determined by which paradigm we ascribe to.  It influences how we see and interact in the world.

If you are coming from a place of scarcity, win-lose, fear and dependence, the problems and situations you face in the day-to-day will become tests of your ability to take a piece of someone else’s pie.  But if you change to a mindset of abundance, win-win, faith and inter-dependence, those same “problems” start to become “opportunities” to create more pie.

And who doesn’t want more pie?

Chris Anderson’s The Long Tail explores the world we live in where “blockbuster hits” aren’t where the “big bucks” are.  While it was full of great stuff (and I highly recommend you read it), the one quote that stands out is actually a quote of a quote;

“There are no masses; there are only ways of seeing people as masses.” Raymond Williams 1958.

While we all try to compartmentalize our coworkers, friends and even strangers into neat groups of faceless generalizations, the reality is that no two people are alike.  To put it another way, there is no forest; there are only a bunch of trees.  The approach I use with you should be specialized and different than the approach I use with someone else.

When we use one-size-fits-all solutions to our problems and relationships, we end up doing more harm than good (despite our intentions).

I had coffee with Beth Kuchenreuther of Four Winds Coaching this week.  Despite the fact that she is an amazing listener with a talent for getting people (me) to tell their story, she was actually able to get a couple words in edgewise.  And those words stuck.

Beth said that most managers spend an inordinate amount of time managing the problems; the weakest links in their organizations.  The explained that the energy we (managers) spend “improving” poorly performing employees is wasted. Much like us trying to improve our child’s “D” to a “B”.  We’re missing the opportunity.

“We coach to the strengths of the individual”

Her words hit so hard, I swear the barista looked up from behind the counter.  It was simple, profound and oh-so-hard to admit.  Once I picked my heart up off the floor, I wrote it down:

So how much time do you spend finding the flaws?  What kind of energy do you put into fixing broken systems (or people)?  I don’t know off hand who said it first, but whatever we seek, we will find.  It’s simple and true.

Can you change that?

How about seeking the good? In others AND ourselves.  What about building up the strengths we find in others?  What would that look like? 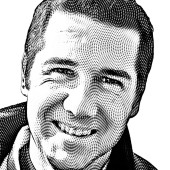 What Is an Independent Estimator?

What is this all about?