“Sure, sure. I have insurance. You’re totally covered.”

Hear this: You are not covered.

I moved into a condo in Northwest Portland, Oregon. It was a step above the apartment I was living in before. The last thing I imagined as a building fire, but that’s getting ahead of myself. I liked that this place was in the middle of the action. I liked that I was walking-distance away from anything I could want or need.

That would have been perfect. I would have walked away from that rental with good memories.

One night as I was preparing dinner, I noticed smoke coming in from the hallway door. When I opened the door, the smoke was thick. A quick look down the hall confirmed that one of the storage units was engulfed in flames. As much as you trust yourself not to destroy a place, how much do you trust your crazy neighbors?

The fire department arrived. Windows were smashed in. The fire was quickly extinguished.

I was out of a place to live.

My landlord did, indeed, have home insurance. That covers everything up to the walls. Everything inside the walls (that meant me and my belongings), was not covered.

The building repair took months. The crazy neighbor who started this whole mess was insured. He got all of his stuff back, pre-fire. Me? Luckily, my landlord let me stay at his house for a while. After that, my brother let him stay at his house for awhile. I worked for a restoration company, who let me restore some of my stuff.

Renter’s insurance is not that expensive! Get some! If you have homeowner’s insurance, ask your agent what happens during a catastrophe!

If I wasn’t so young and naive, I would have had some renter’s insurance. That would have saved me a ton of hassles. Don’t be like me. 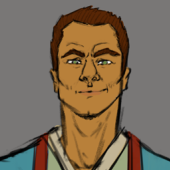 It is easiest to reach Matt via e-mail. You can also read his movie reviews at filmbymatt.com

Adjusters act as if it’s their money.

Make My Pain Go Away: Choosing the right Contractor

What is Depreciation and Why Should I Care?

What Is an Independent Estimator?

Error type: "Forbidden". Error message: "The request cannot be completed because you have exceeded your quota." Domain: "youtube.quota". Reason: "quotaExceeded".

Did you added your own Google API key? Look at the help.

Check in YouTube if the id PLbBuFx-lcRDilm1YEqcB-3DzX4cX6C3BM belongs to a playlist. Check the FAQ of the plugin or send error messages to support.